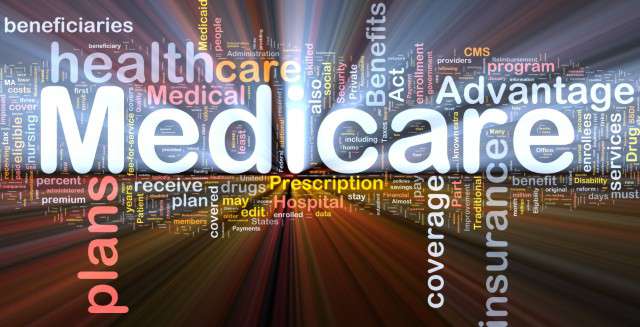 Starting in 2019, insurers may use step therapy to choose the least expensive drug first before moving on to another prescription.

For the first time, Medicare Advantage plans that also offer a Part D benefit have the option of cross negotiating for Part B drugs to get the lowest price, the Centers for Medicare and Medicaid Services told MA organizations in a memo that went out today.

Until now, Part B outpatient drugs and Medicare Part D drugs usually picked up at the pharmacy, have been kept separate.

Part B drugs often have a competitor in Part D, but plans were not allowed to choose, according to CMS Administrator Seema Verma. Starting in 2019, MA plans that also offer a Part D benefit will be able to cross manage across B and D.

In this way, competition is increased for the lower price, Verma said.

It might help plans negotiate better discounts and direct patients to high value medications, she said. Part B drugs constitute around $12 billion per year in spending by plans.

“As a result of the agency’s action today, the Medicare Advantage plans that choose to offer this option will be able to have medicines in Part B compete on a level playing field with those in Part D,” CMS said.

The new guidance also allows plans to use step therapy, a practice banned in 2012. Step therapy gives the private sector MA plans the option of offering patients a preferred therapy first before moving on to another drug.

It is a type of preauthorization for drugs that begins with the most preferred – which is often the least expensive therapy – and progresses to other therapies only if necessary.

Starting January 1, 2019, plans may ensure that a beneficiary who is newly diagnosed with a condition begins treatment with a cost-effective biosimilar before progressing to a more costly drug therapy if the initial treatment is ineffective, CMS said.

Patients must receive over half of the savings generated through these approaches, she said.

The agency said it would closely following the impact of this policy as a model for further reform.

If a plan decides to offer step therapy in 2019, it must be explicitly communicated to beneficiaries through the Annual Notice of Change and Evidence of Coverage documents, CMS said.

Patients that do not wish to participate in a plan that takes advantage of this approach to lower costs will have the option to select a different plan.

All Medicare beneficiaries, including the third enrolled in a Medicare Advantage plan, will have the option to select a plan during the 2019 annual Medicare open enrollment from October 15 to December 7.

Once the 2019 Medicare Advantage plan year begins, beneficiaries can still switch plans through the end of March to ensure they’ve picked the right one, Verma said.

CMS recently released a request for information as part of the 2019 Medicare hospital outpatient payment system proposed rule on how to develop a model under the competitive acquisition program (CAP) to strengthen negotiations for Part B drugs.

“President Trump promised better Medicare negotiation and lower drug prices for the American people. Today, we are taking an important step in delivering on that promise,” said Health and Human Services Secretary Alex Azar. “As soon as next year, drug prices can start coming down for many of the 20 million seniors on Medicare Advantage, with more than half of the savings going to patients. Consumers will always retain the power to choose the plan that works for them: If they don’t like their plan, they don’t have to keep it.”