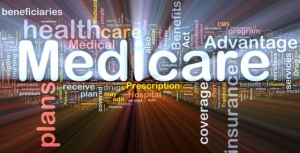 WASHINGTON—Republicans set on rapidly dismantling the Affordable Care Act are also pushing an overhaul of Medicaid, whose expansion under the 2010 law has covered millions of low-income Americans—many in states run by GOP governors.

President-elect Donald Trump has proposed converting the federal-state program into block grants to the states in an effort to give them more latitude over how the program is run. This would jibe with many leading Republicans in Congress, who for years have wanted a Medicaid overhaul that hands more control over to the states.

But such a move is likely to expose divisions among Republicans over how significantly to peel back coverage protections for the more than 12 million people who gained Medicaid in the 31 states, as well as Washington, D.C., that expanded the program.

“Right now a lot of Republican governors expanded Medicaid and they have said they will fight to keep it,” said Caroline Pearson, a senior vice president at Avalere Health, a consulting firm. “You have to assume there will be some need for a solution for the 20 million who are better off under ACA, and most are in Medicaid.”

Republicans are still in conversations about the shape and timing of any possible changes to the program. Any revisions would likely include a sunset or transition period, which would help people now covered through the expansion. It would also give states time to meet and plan for any changes, health policy analysts said.

Meanwhile, the talk of an overhaul has left governors in a state of flux. South Dakota Republican Gov. Dennis Daugaard decided this month that he won’t push to expand Medicaid despite earlier saying he might propose it. The change of heart was made after talks with Vice President-elect Mike Pence, according to a Nov. 15 press release from the governor’s office further indicating reforms to the program and its expansion are on the Trump administration agenda.

And mounting efforts to expand Medicaid in other Republican-led states such as South Dakota and Nebraska have also lost steam following the election. Fourteen of the states that expanded the program have GOP governors, and there will be two more in 2017—New Hampshire and Vermont.

A House GOP plan spearheaded by Speaker Paul Ryan (R., Wis.)—seen as a potential blueprint for an ACA replacement—would shift Medicaid to block grants or fixed allotments given to states for people in Medicaid. Some enrollees covered by the expansion could move to other types of private insurance, with costs buffered by refundable tax credits.

States would have more control over costs, benefits and design, which is a major selling point for Republicans who have backed the proposal. But a likely drop in funding would likely compel them to eliminate or scale back expansion coverage, health analysts said. Shifting to block grants would also mean reducing federal financing.

States may not be able to make up the difference to pay for the expanded Medicaid rolls. And a rise in uninsured could create a potential GOP backlash in midterm elections.

Significantly overturning or rolling back expansion could be thorny. Mr. Pence expanded Medicaid in Indiana, although he did add new restrictions such as temporarily ousting some beneficiaries who didn’t regularly pay their premiums. A number of other Republican governors expanded Medicaid, including Gov. Chris Christie of New Jersey, Arkansas Gov. Asa Hutchinson, and Ohio Gov. John Kasich, and some have already said they don’t want to reverse course.

States such as New York and California, which have experienced significant coverage gains under the expansion, are likely to fight any overhaul plan that would result in loss of federal money. Medicaid is the largest source of federal revenue to states.

Some states in the South also would be expected to fight back, said Diane Rowland, executive vice president at the Kaiser Family Foundation. “This will have a lot of regional politics at play. What Ryan has to do is figure out the legislation, what he wants to do and how to structure it.”

Among the questions: Whether federal funding formulas change in the event of another recession, since Medicaid plays a key role as a safety net and its enrollment often increases during downturns. Republican-led states may also seek to get other changes they have sought such as mandated work requirements for beneficiaries.

Hospitals are expected to fight back, too. Their uncompensated care costs dropped in states that expanded Medicaid, according to a study this year from three Northwestern University academics in the journal Health Affairs. Hospitals risk taking on more bad debt if more people lack insurance. For many, margins are already slim because federal payments were curtailed under the ACA.

Questions about Obamacare and reimbursement? Physician Credentialing and Revalidation ? or other changes in Medicare, Commercial Insurance, and Medicaid billing, credentialing and payments? Call the Firm Services at 512-243-6844.