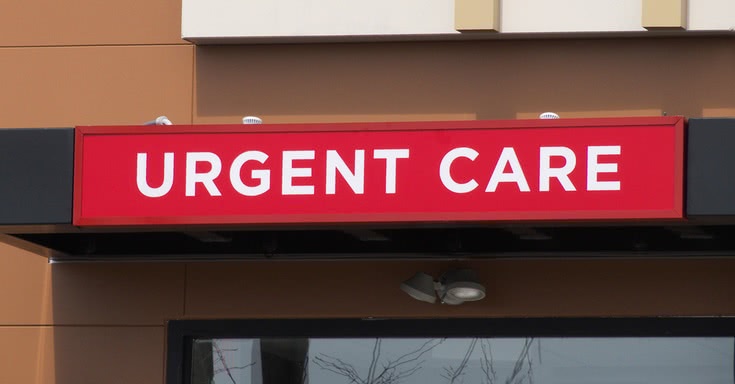 The increases are described in analysis by FAIR Health, a nonprofit organization that focuses on transparency in healthcare costs. The analysis used data from FAIR Health’s database of over 25 billion privately billed healthcare claims.

The urgent care center market has reached 15 billion, according to a report by Kalorama Information. Some of the growth is due to hospital systems starting urgent care centers to reduce the demand at their hospital emergency rooms, aiming to make those areas of their system more profitable, the report notes. Other centers are started by entrepreneurial physicians as a means to expand their income while meeting a market need.

The number of clinic locations has similarly risen strongly, standing at over 10,000 locations in 2017, according to the Kalorama report.

Different places of service are associated with different diagnoses, the FAIR Health report notes. For example, in retail clinics and urgent care centers in 2016, acute respiratory infections, such as the common cold, were the number one diagnostic category. But in telehealth, mental health-related diagnoses were number one.

Places of service also differ in cost. In 2016, the median charge for a 30-minute new patient office visit ranged from $294 in an office to $242 in an urgent care center to $109 in a retail clinic, the report says.

The average median billed charge for professional evaluation and management services (E&Ms) provided in a hospital setting increased 28% in five years, from an index value of 1.00 in May 2012 to 1.28 in May 2016, according to the FH Medical Price Index, the report says. “The index also shows that five-year growth for allowed amounts for professional E&Ms in a hospital setting—reflecting the maximum amount an insurer will pay for a service—was slightly lower: 26%, from 1.00 in May 2012 to 1.26 in May 2017.

By contrast, the index for professional billed charges for surgery shows growth of only three percent in the five-year period, and the surgery allowed amount index shows growth of two percent, FAIR Health President Robin Gelburd said in a statement accompanying the report. The relative flatness of the surgery indices compared to those for professional E&Ms in a hospital setting may be due to a number of factors, including hospitals buying physician practices, new technologies that lower prices and hospital surgeons needing to keep their prices competitive with ASCs.

“In a time when healthcare spending accounts for almost 18% of the nation’s gross domestic product, and the healthcare ecosystem is undergoing rapid evolution, we hope that these new tools will inform decision making by all healthcare stakeholders, including payors, providers, government officials, policy makers and others,” Gelburd said.

Did Medicaid Expansion Cause The Opioid Epidemic? There’s Little Evidence That It Did.