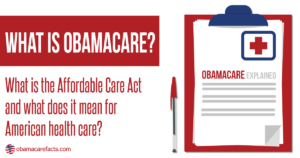 If you think that you wouldn’t be touched by a Republican overhaul of Obamacare because you get health insurance through your job at a big company, think again.

Several of the law’s provisions apply to plans offered by large employers, too (with some exceptions for plans that were in place before the law passed in March 2010).

It’s not yet clear how President-elect Donald Trump and congressional Republicans plan to revamp the federal health law, known as the Affordable Care Act or Obamacare. They have not agreed on a plan, and they do not have enough votes in the Senate to fully repeal the current statute. So they are planning to use a budgeting rule to disassemble part of the law, which will limit what they can change. But they also may seek revisions in important regulations and guidance that have determined how the law is implemented.

Nonetheless, as tensions grow in Washington over the future of the health law, it is important to understand some of its effects on large-group plans.

No copays for preventive services

The health insurance offered by big companies is typically pretty comprehensive, the better to attract and keep good employees. But Obamacare broadened some coverage requirements. Under the law, insurers and employers have to cover many preventive services without charging people anything for them. The services that are required with no out-of-pocket payments include dozens of screenings and tests, including mammograms and colonoscopies that are recommended by the U.S. Preventive Services Task Force; routine immunizations endorsed by the federal Centers for Disease Control and Prevention’s Advisory Committee on Immunization Practices; and a range of services that are recommended specifically for children and for women by the federal Health Resources and Services Administration.

The change that affects the most people on an ongoing basis is likely the requirement that plans cover without cost sharing all methods of contraception approved by the Food and Drug Administration. (There are limited exceptions for religious employers.)

No annual or lifetime limits on coverage

The health law set limits on how much people can be required to pay in deductibles, copayments or coinsurance every year for covered care they receive from providers in their network. In 2017, the limit is $7,150 for individuals and $14,300 for families.

“Many employers often had an out-of-pocket limit anyway, but this guarantees protection for people with high needs,” said JoAnn Volk, a research professor at Georgetown University’s Center on Health Insurance Reforms, who has written on this issue.

The law allowed workers to keep their children on their plans until they reach age 26, even if they’re married, financially independent and live in another state. Republicans have said they may keep this popular provision in place if they dismantle the law.

Consumers who disagree with a health plan’s decision to deny benefits or payment for services can appeal the decision to an independent review panel.

The provision applies to all new health plans including those offered by self-funded companies that pay their workers’ claims directly and who were previously exempt from appeals requirements.

No waiting periods to join a plan

Employers used to be able to make new employees wait indefinitely before they were eligible for coverage under the company plan. No more. Now the waiting time for coverage can be no more than 90 days.

No waiting periods for coverage of pre-existing conditions

Prior to the ACA, employers could delay covering workers’ chronic and other health conditions for up to a year after they became eligible for a plan. Under the ACA, that’s no longer allowed. As a practical matter, though, coverage of pre-existing conditions was rarely an issue in large-group plans, say some health insurance analysts.

Repeal could reopen the door to that prohibited practice, however.

The law requires all plans to provide a “summary of benefits and coverage” in a standard format that allows consumers to understand their coverage and make apples-to-apples plan comparisons.

The health law isn’t as prescriptive with large-group plans about the specific benefits that have to be offered. They aren’t required to cover the 10 essential health benefits that individual and small-group plans have to include, for example. But the law does require that big companies offer plans that meet a “minimum-value” standard, paying at least 60 percent of the cost of covered services, on average. Those that don’t could face a fine.

Initially, the online calculator that the federal Department of Health and Human Services provided to help large employers gauge compliance with the minimum value standard gave the green light to plans that didn’t cover hospitalization services or more than a few doctor visits a year. Now plans must provide at least that coverage to meet federal standards.

If the health law is repealed, that could change. In some industries with lower-wage workers and smaller profit margins, “they might begin to offer them again, and employees might demand it” to help make the premiums more affordable, said Steve Wojcik, vice president of public policy at the National Business Group on Health, a membership organization representing large employers.

Although the law strengthened coverage for people in large-group plans in several ways, consumer advocates have complained about shortcomings. It aimed to ensure that coverage is affordable by requiring that individuals be responsible for paying no more than 9.69 percent of their household income for individual employer coverage, for example.

If their insurance costs more than that, workers can shop for coverage on the marketplaces set up by the health law and be eligible for premium tax credits — if their income is less than 400 percent of the federal poverty level (about $47,000). But the standard does not take into consideration any additional costs for family coverage.

Consumer advocates also point to the wellness regulations as a problematic area of the law. The health law increased the financial incentives that employers can offer workers for participating in workplace wellness programs to 30 percent of the cost of individual coverage, up from 20 percent.

“It potentially allows [plans] to discriminate against people with medical conditions, which the ACA is supposed to eliminate,” said Linda Blumberg, a senior fellow at the Urban Institute’s Health Policy Center.

Questions about Obamacare and reimbursement? Physician Credentialing and Revalidation ? or other changes in Medicare, Commercial Insurance, and Medicaid billing, credentialing and payments? Call the Firm Services at 512-243-6844 .