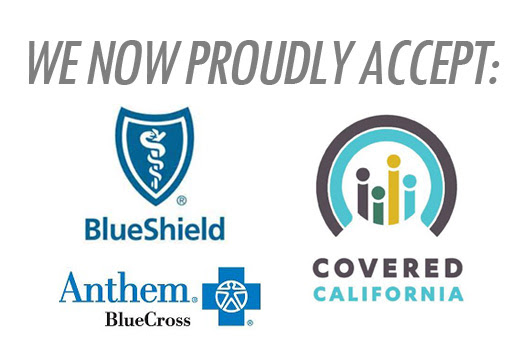 Amid uncertainty over the future of the Affordable Care Act, California officials announced Tuesday that monthly premiums for health plans sold on the state’s Obamacare exchange will rise by an average of 12.5% next year.

Covered California, the state insurance marketplace, provides coverage to about 1.5 million people, the majority of whom receive subsidies that lower their premiums under the Affordable Care Act.

Insurance plans for next year will be available for purchase in California from Nov. 1 to Jan 31.

Next year, about 10% of people enrolled through the exchange will have to look for a new plan because Anthem Blue Cross will end its coverage in most of the state.

State officials said Tuesday that Anthem will continue providing coverage only in Santa Clara County and parts of Northern California and the Central Valley.

The announcement comes a week after a Republican plan to unwind key pieces of the Affordable Care Act — also known as Obamacare — failed in the U.S. Senate. President Trump has repeatedly urged lawmakers to keep working on a bill.

Those repeal efforts, and Trump’s suggestions that he will not enforce the mandate that requires all Americans to have insurance, could lower enrollment this year, experts say. Next year’s premium estimates probably reflect insurers’ fears that not enough people will sign up for insurance, or that only sick people will enroll and their costs will be too high, experts say.

“It’s not like we have a steady market. In fact, we have a market that’s in turmoil because of politics,” said Gerald Kominski, director of the UCLA Center for Health Policy Research.

Sabrina Corlette, a research professor at Georgetown University’s Center on Health Insurance Reforms, said planning for the exchanges should’ve become more predictable this coming year — the fifth since the exchanges were created. That’s especially true in California, which has always had one of the most stable and competitive markets, she said.

“Instead they’ve had to deal with this craziness from Washington,” Corlette said, “California has stepped up to the plate.”

Corlette said she was surprised that California’s average rate increase wasn’t higher than 12.5%, given that insurers across the country have said they need to raise rates by at least 20% because of the uncertain future of the law. California premiums increased 13% this year, and less than 5% the two years before that.

Covered California Executive Director Peter Lee said that increases in the cost of providing care were responsible for about 7 percentage points of the state’s 12.5% average rate increase. Another 3 percentage points, he said, reflected a one-time tax adjustment. But another 3 points, he said, accounts for insurers’ overall unease with the ongoing debate over scrapping, or massively modifying, the Affordable Care Act.

In negotiating with insurance companies this spring, Covered California put together a kind of hold-harmless agreement. That agreement, which Covered California will take to its board this month, essentially agrees to let health insurers make up losses from unexpected changes to the insurance market that may be caused this year or next by unexpected changes in the basic fundamentals of the Obamacare market.

Since he took office, Trump has also threatened to end payments that insurance companies receive to hold down out-of-pocket costs for lower-income consumers.

Covered California officials said Tuesday that if those payments to insurers are stopped, premiums for silver-tier plans will increase 12.4%. Most consumers, however, probably would not have to pay more since their subsidies will also increase, officials said.

“A decision by the federal government is needed in the next few weeks,” Lee said.

While Anthem is pulling out of some regions, Oscar, Health Net and Blue Shield are moving into new areas. Lee said that 82% of consumers will still be able to choose from three or more health insurance companies, and no county will be without a plan option.

According to Covered California’s most recent enrollment snapshot from March, Anthem currently covers about 252,560 Obamacare customers, 61% of whom live in regions where the carrier will pull out of the market.

That means 39,340 people in Los Angeles County, 19,490 in Orange County and 4,340 in San Diego County will be forced to find other options during open enrollment this fall.

Those numbers do not include people who have purchased Anthem plans outside of the exchange. A Covered California spokesman said in an email that an additional 150,000 Anthem plans are estimated to be in place outside the exchange.

Lee said that the overall rate increase for all shoppers would’ve been even lower if plans did not have to start paying a health insurance tax they’d been exempt from until now, which adds a 2.8% increase.

He also pointed out that all of the 11 health insurers currently offering plans on the exchange will continue to do so next year, even if in fewer markets. The number of companies offering plans varies from seven in Los Angeles County to only two in some rural counties such as Fresno and Kings.

The rate increases vary by region. They will average 7% in San Francisco County, 13% in Los Angeles and 10% in Orange County.

Lee said that since the health law went into effect in 2014, the state’s uninsured rate has dropped from 17% to 7%, “even in the face of huge head winds and uncertainty.”

The State of ICD-10 Implementation: Calm, and Qualms