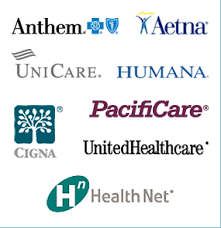 It was a tense winter for Aetna, Cigna and the other giant national managed health care companies.

Profits at the end of 2016 were less than stellar except at UnitedHealth Group, the biggest of the five. A slowdown or even the end of a yearslong run-up in share prices that had seen the insurers far outpace the markets seemed possible.

Months later, the party hasn’t slowed, it’s picked up even more energy. The companies — Aetna, Cigna, UnitedHealth, Humana and Anthem — have earned record or near-record profits in 2017 and their stock values continue to soar.

Aetna and Cigna are each up five-fold from March 2010, the month the Affordable Care Act took effect. UnitedHealth is up more than six-fold. In the spring quarter, Aetna earned $1.2 billion in operating profit after taxes, more than double its quarterly average since Obamacare started. Cigna shares are up 31 percent in 2017.

Could all this success bring a cost as the nation endures rising prices and political gridlock over reform?

For the Big Five, it’s a sweet-spot built on a solid foundation: commercial health plans enjoying flat use of medical services by middle-class customers who now must pay thousands of dollars out of their own pockets; cost-cutting by the companies; growing Medicare and Medicaid management business; and broad exits from the perilous Obamacare exchanges.

The profits and the market gains are drawing attention, not all of it welcome. Consumers don’t like paying rising premiums and big bucks for medical services that were once fully covered at a time of exploding profits by the companies.

Politicians bickering over the crisis in the individual and low-income markets could give the industry less than what it wants — in tax breaks, indirect subsidies, coverage mandates and other hotly debated policies.

For now, as all hands focus on Obamacare, we have yet to see a backlash. Experts say the big managed care companies are well insulated as they lobby for favorable treatment with hefty profits in their pockets.

“Absolutely it does make it more difficult,” said Sumesh Sood, a partner at Veda Partners in Bethesda, Md., who follows health care.

But Sood added, “They’re so essential to the system that it’s hard to imagine” a spurning in new laws and regulations.

For starters, what’s being debated in Washington, D.C. — the fate of the Obamacare exchanges, broader individual markets and Medicaid — is not where the big managed care companies make their high margins.

Even if it were, punishing the insurers could hurt elected officials’ constituents.

And in the lucrative commercial markets, “I don’t think they want to get anything out of Washington right now,” Sood said.

Also working in the managed care giants’ favor is the fact that many traditional combatants — doctors, hospitals, consumer groups, advocates for the poor and insurers large and small — are now working together to save the embattled Obamacare subsidies and the cost-sharing reduction payments that President Donald Trump wrongly called “bailouts” for the insurers.

Those CSR payments, an estimated $7 billion this year, rising sharply in coming years, allow insurers that sell on the exchanges to write policies for low-income customers that otherwise would not make financial sense. While that battle is happening, no one wants to point fingers at the insurers — any insurers — for making too much money.

The companies leave the talking on health care reform to their trade group, America’s Health Insurance Plans, which is focused squarely on stabilizing the individual markets.

Still, with consumers ever-more aware of medical costs, Grow said, “It’s much more important for us to be able to clearly articulate to people that we do bring more value … That becomes part of the conversation that we have.”

It’s a conversation in part about innovation. Out-of-control health care spending of $3.2 trillion a year can return to a sustainable level only if doctors, hospitals and managed care providers devise new and better ways of maintaining public health.

“We need to ask whether insurers are growing profits because they are innovating to meet the needs of patients clamoring for lower costs and higher quality, or whether they are merely benefiting from market power and favorable regulations,” said David Dranove, professor of health industry management and strategy at Northwestern University’s Kellogg School of Management, in an email exchange. “If market power and regulations are driving higher profits, has that removed some of the pressure to innovate?”

The companies say loudly and often that they’re innovating in disease management and in the long, slow transition from fee payments for every medical service to payments for population health management. How they’re doing is a matter of debate.

Dranove, a key witness for the Department of Justice in the Cigna-Anthem case, argued in court that the merger would lead to less competition, higher insurance prices and harm to health care providers. Still, he makes the point that even cutting the combined profits of all the big insurers by 90 percent would “barely make a dent in total health care spending.”

That’s remarkable, as profits run into the tens of billions of dollars a year. Looking at net operating profits — the take-home from the core business — we see that all five companies tallied more in either the spring or winter quarters than they had made in any single quarter since at least 2010.

And for all five, the trend is clearly up — disrupted in recent quarters only by the billions of dollars all of them except UnitedHealth spent trying to merge.

Backlash or not, the companies are being watched closely. Obamacare reforms put a partial brake on those profits by setting minimum percentages each health plan must spend on medical care rather than administration and profits.

Families USA, in its effort to help stabilize the individual insurance market around the country, is “very carefully analyzing market-by-market,” said Frederick Isasi, executive director of the group, which advocates for broad, affordable, effective coverage. “If a large amount of funding were to flow into profits, it’s a problem.”

Looking ahead, analysts predict continued strong performance driven by trends in the commercial markets and rise of Medicare Advantage and other government-financed health management.

“It’s hard to find a subsector within health care that has all those tailwinds,” said Sood, at Veda Partners. “I don’t see a lot of places where the government could launch an attack on managed care.”

“There’s going to be a lot of eyes on them,” said Jeff Cameron, analyst and health care expert at PA Consulting in New York, speaking of the big insurers. But policymakers didn’t do anything about huge hospital profits in 2016 and he doesn’t see managed care receiving harsh treatment.

“I think there will be a backlash but it’s going to be at the consumer level,” Cameron said. “The challenge is that consumers don’t have a very large voice.”

On children’s health coverage, congressional inaction has brought us to the ‘nightmare scenario’