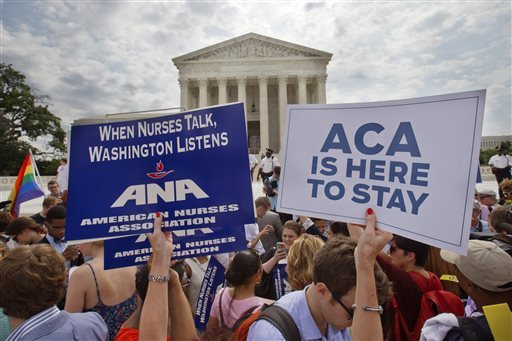 NY Times – By THE EDITORIAL BOARD JULY 28, 2017
In a dramatic last-minute spectacle, the latest Republican plan to destroy the Affordable Care Act was defeated early Friday because of the courageous votes of three senators: Susan Collins, John McCain and Lisa Murkowski. This will come as an immense relief to millions of Americans who stood to lose their health insurance, but it would be naïve to think that this is the end of the road for the repeal-Obamacare movement.

For the last seven years, Republican leaders have engaged in a fraudulent campaign against the A.C.A. based on the lie that the law is either unworkable or collapsing. The law, which is based on conservative market-based ideas, is certainly flawed and could be improved, but it has helped 20 million people gain insurance and, as a result, provided needed medical care to the poor and the sick. Not only was the Republican diagnosis wrong, but also leaders like the House speaker, Paul Ryan, and the Senate majority leader, Mitch McConnell, tried to push through legislation that was devoid of any ideas and would have weakened the health care system and left millions unable to afford health care. One telling sign: Insurance companies, hospitals, doctors and public interest groups like AARP opposed pretty much every proposal the Republicans put out over the last seven months.

Ultimately, this deceitful campaign ran aground by the narrowest of margins in the Senate thanks to the three Republicans and all 48 Democrats and independents. Much attention has rightly focused on Mr. McCain. Returning to the Senate after surgery and a brain cancer diagnosis, he delivered a stirring speech on Tuesday calling on lawmakers from both parties to reach “agreements made in good faith that help improve lives and protect the American people.” He seemed to go against those sentiments early in the process when he voted to start debate. But, when it really counted, Mr. McCain did the right thing. An equal or larger amount of credit ought to go to Ms. Collins and Ms. Murkowski, who stood firm despite immense political pressure and, in Ms. Murkowski’s case, shameful threats by the Trump administration.

By contrast, senators like Shelley Moore Capito, Dean Heller and Rob Portman who had made a big show of protecting their constituents readily gave in to party leaders. They allowed the Senate to come within one vote of passing a bill that would have left 16 million more people uninsured and driven up insurance premiums by about 20 percent a year.

Though one threat has been put off, the A.C.A. is far from safe. President Trump and his health and human services secretary, Tom Price, have made it their mission to undermine the law. On Friday, the president again threatened to let Obamacare “implode” in order to make a deal. And Mr. Price, who worked closely with his former colleagues in Congress to devise repeal proposals, has been spreading lies about the law and making changes that would reduce benefits and lead to fewer people signing up for coverage.

It would be foolish to underestimate the administration, which has the power to do substantial damage. The administration could stop making subsidy payments to insurance companies authorized by the A.C.A. to help reduce deductibles for lower-income people. And it could stop enforcing the penalty for people who do not buy insurance, which would result in fewer young and healthy people signing up, leading insurers to stop offering policies in some parts of the country.

Or the administration could decide to work with Congress and state governments to improve the law. Congress could strengthen the insurance market by voting to make the subsidy payments, which it never explicitly did. The 19 states that have not expanded Medicaid could reconsider and help four million more people gain health insurance. And the administration and state governments could enact reinsurance programs and other policies to lower the risk to insurers and encourage them to sell coverage in rural and suburban areas.

After this failure, Republicans must figure out whose example they will follow. They can adopt Mr. Trump’s call for yet another scorched-earth campaign. Or they can listen to the likes of Mr. McCain about the benefits of bipartisanship and cooperation.

Questions about Obamacare, Medical Insurance and reimbursement? Physician Credentialing and Revalidation ? or other changes in Medicare, Commercial Insurance, and Medicaid billing, credentialing and payments? Call the Firm Services at 512-243-6844