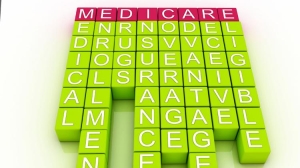 The Department of Justice is intervening in a second whistleblower lawsuit that alleges UnitedHealth Group, the largest health insurance and services company in the country, has defrauded the Medicare Advantage insurance program by exaggerating people’s medical diagnoses to obtain more federal dollars.

Why this matters: These lawsuits have some explosive allegations and threaten a company that dominates a growing and lucrative Medicare industry. In addition, the Center for Public Integrity and a federal watchdog agency have reported numerous instances of insurers manipulating a Medicare patient’s “risk score” to get more money.

The bottom line: This will be one of the most closely watched federal court cases in health care considering billions of taxpayer dollars are on the line.

UnitedHealth is fighting back: “The complaint shows the Department of Justice fundamentally misunderstands or is deliberately ignoring how the Medicare Advantage program works. We reject these claims and will contest them vigorously,” spokesman Matt Burns said. The company also said it has pursued administrative action to resolve what it views are unclear policies.

Context: Nearly 20 million seniors and disabled people are enrolled in a Medicare Advantage plan, and UnitedHealth covers almost a quarter of them, or about 4.7 million.

The back story: The latest whistleblower allegations come from the company’s former director of finance who oversaw the Medicare Advantage business — someone with deep knowledge of the “risk adjustment” coding practices in question. Here are some eye-catching claims from the lawsuit:

UnitedHealth looked at medical charts to add patient diagnoses where possible, but it did not always delete invalid diagnoses.

Top executives, all the way up to UnitedHealth CEO Stephen Hemsley, were aware of an internal program that verified medical claims and wanted to know how it would affect the company’s financial performance.
The Medicare Advantage issues are as recent as April 2014. Top executives had a call with Marilyn Tavenner, the former administrator of the Centers for Medicare and Medicaid Services, to discuss their “legal obligation” to verify all medical claims.

Yet, Wall Street is largely unconcerned: Financial analysts are not overly worried about what happens to UnitedHealth, which says more about the size of the company than the allegations. UnitedHealth has so much cash at its disposal that even if it paid a significant settlement to make everything go away, it would not “impact the financial condition of UnitedHealth,” according to one analyst.