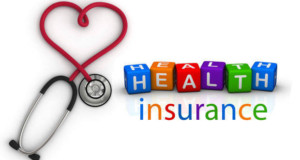 Washington Post- By Alexis Pozen June 30, 2017
Alexis Pozen is a professor of Health Economics at CUNY School of Public Health and a co-author of the textbook “Navigating Health Insurance.

It is no wonder so many myths about health insurance persist. The U.S. health insurance system is opaque and labyrinthine, and at times purposely so. The current debate over whether to repeal major provisions of the Affordable Care Act (ACA), otherwise known as Obamacare, comes down to whether consumers should subsidize services they never expect to use. But who pays for what, and how, is not straightforward.

MYTH NO. 1
The ACA has forced millions to buy insurance they don’t want.
House Speaker Paul Ryan deployed this myth when defending repeal — which the Congressional Budget Office estimated this past week would increase the number of uninsured people by 22 million by 2026. “It’s not that people are getting pushed off a plan,” Ryan said. “It’s that people will choose not to buy something they don’t like or want.”

That reasoning echoes the late Supreme Court justice Antonin Scalia, who during a 2012 challenge to the ACA suggested that the law’s individual mandate started the federal government down a slippery slope. “Everybody has to buy food sooner or later,” he said. “Therefore, you can make people buy broccoli.” And no one wants broccoli, right?

But both before and after the ACA, most of the uninsured consistently have reported that they want insurance. In a 2009 Department of Health and Human Services report, 48 percent of uninsured people under age 65 said they didn’t have health insurance because of the cost, 38 percent cited life changes (they had lost their jobs, left school or changed their marital status), and 12 percent said their employers didn’t offer it or they’d been denied coverage. Those who “did not want or need coverage” were lumped into an “other” category — along with people who had recently moved, were self-employed or didn’t specify — representing fewer than 8 percent of respondents.

Before the ACA, the uninsured rate had not budged since the passage of Medicare and Medicaid in 1965. Each year, 45 million people reported that they were uninsured for the entire year. Between 2010 and 2016, however, 20 million people gained coverage, almost entirely through Medicaid and marketplace subsidies.

Under both the House and Senate plans to repeal major funding provisions of the ACA, the Congressional Budget Office estimates that the uninsured rates will rise for all age groups, and most substantially for those who earn under 200 percent of the poverty line. That’s because the plans would both reduce the number of people eligible for Medicaid and lower (in some cases eliminate) the subsidies for people who buy insurance on the market. Of the 22 million Ryan was asked about, 15 million would lose Medicaid, and 7 million would lose market insurance.

MYTH NO. 2
Expanding health insurance coverage saves money.
The Obama administration sold the ACA to skeptics on the promise that it would limit health-care cost growth over time. Healthier people need less care, the argument goes. If lack of insurance is a barrier to health care, and if health care improves health, then expanding coverage should improve health. If poor health is costly, then expanding insurance should also lower costs.

Seemingly in vindication, real health spending growth remained historically low for several years after the ACA’s enactment. Compared with the prior decade, when health-care spending grew at an average annual rate of about 3 percent, from 2010 to 2013 annual growth averaged 1.6 percent. But evidence points to the dregs of the recession as the driver of these results, and, as the major insurance expansions took effect in 2014, cost growth again began to climb.

Costs from increased demand for health services overwhelmed savings from improved health (granted, it has been only three years since the major expansions, and health effects may take longer to manifest than budgetary effects). The Rand Health Insurance Experiment — which ran from 1973 through 1981 — and decades of subsequent work have shown that more generous insurance incentivizes greater use of health services and increases costs. Economists call this phenomenon, more generally, the law of demand.

The myth that insurance expansion will save money highlights the fallacy that a program must save money to be valuable. Expanding health insurance is costly, and perhaps costs even more than it saves, but it is also valuable, because it improves people’s access to care, financial stability and overall well-being.

MYTH NO. 3
Health insurance companies make massive profits by cheating consumers.
To strengthen the case for reform, proponents of the ACA scapegoated private insurers in the debate leading up to its passage, blaming outsize premiums and skimpy coverage on unethical behavior. In a 2009 radio address, Obama cited insurers’ undue “profits and bonuses.”

Insurers, however, were not earning particularly high profits then. A 2010 Congressional Research Service study showed that among large, publicly traded health insurers, profits averaged 3.1 percent of revenue. In comparison with other health-care players, that put them in the middle of the pack — well below pharmaceutical and biotech companies and medical-device manufacturers, on par with pharmacy companies, and above hospitals.

Yet this rhetoric has persisted in both liberal and conservative outlets. “The ACA gets blamed for rising premiums, while insurance companies are reaping massive profits,” a Salon article declared in October. A Weekly Standard piece published around the same time pointed to rising profits among the health insurers on the Fortune 500 as “another fine example of the natural alliance between Big Government and Big Business.”

But the beginning of the ACA coincided with the end of the recession. From 2007 to 2009, 8 of the 10 largest insurers had double-digit losses, and one — WellCare — had triple-digit losses. In a phenomenon economists call “regression to the mean” and financial analysts call “the business cycle,” profits across all industries recovered around the same time the ACA was implemented.

A nationwide study of insurers supports the argument that their profits are more aligned with economic growth than anything else. In 2013, when GDP growth was slower, insurers on average operated at a loss; but they recovered by 2014 when growth picked up. Moreover, the bulk of insurer profits were from investments rather than enrollees.

MYTH NO. 4
People are free-riding on Medicaid.
The White House’s Kellyanne Conway is among those who have promoted this myth, telling Fox News this past week that Medicaid has expanded beyond the truly needy. “If you’re able-bodied and you would like to go and find employment and have employer-sponsored benefits, then you should be able to do that” and not rely on Medicaid, she said.

Historically, Medicaid has not required recipients to work, but the Trump administration and congressional Republicans have proposed a provision to encourage states to link benefits to work. “We believe it’s important for folks to have a job, that they contribute not just to society but they contribute to their own well-being,” Health Secretary Tom Price said in March.

These requirements, however, would not change much. Most Medicaid recipients who can work, do. Almost two-thirds have full-time or part-time jobs, and more than three-quarters come from families where someone has a job. (These jobs, though, tend to be in low-paying sectors, such as agriculture and food service, where employer-sponsored health insurance is generally not an option.)

Moreover, Medicaid is not a program that largely covers people who can “go and find employment.” Only 30 percent of enrollees are able-bodied adults, constituting 20 percent of spending. Children make up nearly half of enrollees (44 percent), while the aged and disabled account for more than half of spending (60 percent).

MYTH NO. 5
Job-based insurance means your employer pays — and the government doesn’t.
Although firms may boast about offering generous health-care benefits, the costs of coverage are largely borne by employees, in the form of lower wages than a competitive market would otherwise support. That helps explain why inflation-adjusted wages have remained flat, even while productivity has increased — it’s all going to cover rising health-care costs.

Also, the distinction between the public and private insurance sectors is not so sharp as many people imagine. By exempting employee and employer premiums from income and payroll tax, the government forgoes hundreds of billions of dollars in tax revenue each year. In 2016, this subsidy was worth $275 billion. (In contrast, the total savings projected from the either the House’s American Health Care Act or the Senate’s Better Care Reconciliation Act , which include savings from cutting federal cost-sharing subsidies in the state marketplaces, do not exceed this number in any year.)

The government subsidy is what ties employment to insurance. Taxing premiums would break the link, allowing individuals to choose jobs based not on the availability of health insurance but on their skills and preferences. Further, subsidies encourage overly generous policies, which put upward pressure on prices. Eliminating subsidies could help bring the costs of health-care premiums down.

As with any policy, there are disadvantages to taxing health insurance. For example, it may discourage younger, healthier workers from joining their job-based plans and prod them to seek insurance in the individual market, where they would not be pooled with older and sicker co-workers. Presumably, the benefit savings would be passed on in the form of faster wage growth, but this transition could be slow.