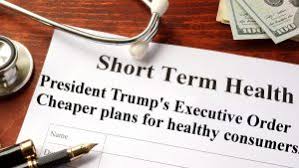 The health insurance and hospital sectors are nearly unanimous in their opposition to the Trump administration’s proposal to expand short-term health plans, citing higher premiums as a major consequence if it moves forward.

Such plans have historically been used during a lapse in coverage following a change in employment and limited to just a few months. But the Department of Health and Human Services (HHS) wants to expand short-term plan coverage for up to a year, a move viewed by many as an attempt to undermine the Affordable Care Act (ACA). The plans could skirt key ACA requirements, such as essential health benefits and pre-existing coverage protections.

Administration officials contend the extension will give consumers more choice without raising premiums, but some of the industry’s biggest players aren’t buying it.

The healthcare sector remains in flux as policy, regulation, technology and trends shape the market. FierceHealthcare subscribers rely on our suite of newsletters as their must-read source for the latest news, analysis and data impacting their world. Sign up today to get healthcare news and updates delivered to your inbox and read on the go.

“At the same time, we are concerned that this proposed rule will lead to more people being uninsured and underinsured, and to higher costs in the long run,” Matt Eyles, incoming president and CEO of the trade association, said in a statement.

Instead, AHIP recommended the administration extend the duration of short-term plans from 90 days to six months.

The American Hospital Association said in a letter that between 100,000 and 2 million people could leave the marketplace (PDF), leading to fewer insurers and leaving some areas of the country without access to subsidy-eligible plans. The Centers for Medicare and Medicaid Services (CMS) estimates just 100,000 to 200,000 people would be siphoned off the exchanges.

The Urban Institute estimated that the proposal, along with recent regulatory changes including the repeal of minimum essential health insurance coverage, will increase premiums by about 16.6% next year, putting marketplace plans out of reach for more Americans.

But consumers aren’t likely to be the only ones feeling the economic impact.

The Federation of American Hospitals, which represents more than 1,000 investor-owned hospitals, said in their comment letter that providers could see an increase in uncompensated care (PDF) since plans often include annual coverage limits.

The potential increase in unpaid services could snowball into President Donald Trump’s request for $70 billion in cuts to Medicare payments for uncompensated care. It’s still unclear whether Congress will enact those cuts.

Among the thousands of comments submitted to HHS, a few stood in support of the proposal. Some individual physicians and business-centered groups said the plans will make coverage more affordable.

But the healthcare industry isn’t counting on HHS to change its stance. In addition to comments to the agency, 113 groups, including American Heart Association and Susan G. Komen, have asked congressional leaders for legislative intervention to block the proposed expansion.

However, Congressional action is very unlikely. In their own comment letter to the HHS, 47 senators urged HHS Secretary Alex Azar to rescind the rule (PDF); all signees were Democrats.

The Advantages and Disadvantages of Electronic Medical Records