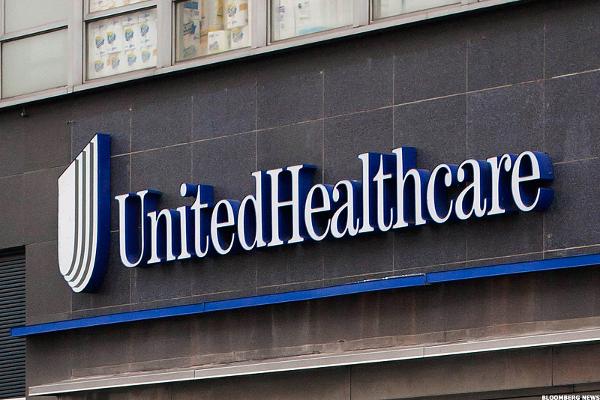 In another example of the blurring boundaries in the health care industry, UnitedHealth Group, one of the nation’s largest insurers, said on Wednesday that it is buying a large physician group to add to its existing roster of 30,000 doctors.

UnitedHealth’s Optum unit will acquire the physician group from DaVita, a large for-profit chain of dialysis centers, for about $4.9 billion in cash, subject to regulatory approval. DaVita operates nearly 300 clinics across a half-dozen states, including California and Florida.

With the purchase, UnitedHealth is increasingly moving into the direct delivery of medical care.

“The asset is strongly synergistic” with the company’s overall “mission and strategy,” Ana Gupte, an analyst for Leerink, told investors after the deal was announced.

The proposed acquisition comes after the announcement that another big insurer, Aetna, planned to merge with CVS Health. That transaction, if approved, could transform CVS’s 10,000 drugstores into community-based health care “hubs,” where people could get blood tests or help managing a chronic disease like diabetes. Executives at Aetna and CVS said that this new model would result in better care and lower costs for patients.

At a time of growing uncertainty in the health care marketplace, doctors, drugstores, hospitals and insurers are looking outside their traditional businesses to join forces. The tax overhaul proposed congressional Republicans could cut payments to federal programs like Medicare sharply and upend the Affordable Care Act, and employers and consumers are increasingly worried about the high cost of medical care.

The potential threat of new competitors like Amazon entering the pharmacy business and technology companies delivering medical care through cellphones has led former adversaries to become partners, driving insurers to team up with hospitals and doctors’ groups. They are seeking to deliver care in novel ways, outside the expensive setting of a hospital. While the combination with CVS allows Aetna to experiment with providing medical care in a retail setting, insurers are also looking to partner directly with doctors and health systems.

To change how people receive medical care, particularly when managing chronic, and costly, diseases like diabetes and asthma, the parties “are going to have to reorganize,” said Craig Garthwaite, a health economist at the Kellogg School of Management at Northwestern University.

“There’s no chance that the existing companies, be they hospital or insurers, have the right configuration of assets to be successful” at turning health care into a business where the parties are able to produce better outcomes at a lower cost, he said.

What is striking about the recent combinations, Professor Garthwaite said, is that insurers are the ones seeking to integrate the delivery of care into their operations, as opposed to a large health system like Kaiser Permanente, the health maintenance organization based in California, directing members to its hospitals and doctors. “For a long time, we thought there was a world in which Kaiser was the future,” he said.

But Kaiser Permanente has proved to be mostly an exception to the rule. Several large systems began offering health plans under the Affordable Care Act, only to end up losing money and getting out of the business.

Aetna and UnitedHealth appear to be trying to develop their own in-house network of doctors to try to change how care is delivered. UnitedHealth, which already operates a large pharmacy-benefit manager and a variety of health care services through its Optum unit, is among the most diversified and most successful insurers.

The acquisition of DaVita Medical Group, which includes such high profile organizations as HealthCare Partners and the Everett Clinic, is the latest move by UnitedHealth to expand into the realm of delivering medical care as a way of reducing costs. The company already operates medical practices in Southern California and elsewhere, and it owns nearly 250 MedExpress urgent-care clinics. The company says the clinics offer much of the same care available at a hospital emergency room but at a significantly lower cost.

Last January, UnitedHealth also acquired a chain of surgery centers, a move the company said could lower the expense of having an outpatient surgery by more than 50 percent. The company expects to perform roughly 1 million surgeries and other procedures this year.

Insurers are also increasingly experimenting with different methods of paying for care and attempting to provide better oversight of potentially expensive chronic conditions like diabetes or heart failure. To date, Aetna and Cigna have favored joint ventures with large health groups.

While these new partnerships promise to change how people get care, by marshaling better information about patients and steering them to less expensive and more convenient places, whether an urgent-care clinic or drugstore, delivering on that promise may prove challenging. DaVita, which bought HealthCare Partners five years ago as a way to become a major player in the care of people with chronic conditions, found itself struggling to make money on its medical group. In describing the group’s most recent quarterly financial results, DaVita’s chief executive, Kent J. Thiry, said they were “extremely disappointing.”

The sale, which is expected to close next year, return DaVita to its core kidney dialysis business, although Mr. Thiry said in a statement that the company expected “to pursue other investments in health care services outside of kidney care.” DaVita has been under scrutiny for its relationship with a charity, the American Kidney Fund, that helps pay the cost of private insurance for patients receiving dialysis treatment.

Consumers could also see their choice of doctor or pharmacy sharply limited under these arrangements as insurers attempt to steer patients into the groups over which they have the most control. Both Aetna and UnitedHealth insist their goal is to develop a new model of care that will be available to people outside their respective health plans, and Optum says it now works with more than 80 health plans.

Even if insurers succeed in lowering medical costs as a result of the new ventures, economists and other experts warn that shareholders, not consumers, could benefit unless the lower costs yield lower prices for coverage. There must be sufficient competition among insurers for consumers to benefit, Professor Garthwaite said.

“You need three, four or five insurance companies trying to pull that strategy off,” he said. “That’s really hard to do.”