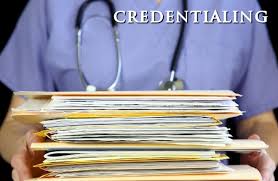 Credentialing? Let the experts at The Firm Services complete it for you.

The pitch from the American College of Surgeons would allow more than 75 different specialty doctors to participate in Medicare’s new value-based payment system. Specialty physicians have been largely left out of the system, commonly known as MACRA after the bill that created it.

Doctors would be graded and slotted into four different participation tiers — excellent, good, acceptable and unacceptable. Doctors using a less risky, lower-paying track could only reach the level of “good.”

To reach “excellent” and earn bonuses through shared savings, doctors would have to be in the top 10 percent of participants.

The surgeons’ group on Tuesday squeaked its proposal past the newly created Physician-Focused Payment Model Technical Advisory Committee, which is reviewing and recommending ideas to Health and Human Services Secretary Tom Price.

It didn’t come easy. The surgeons pushed the committee to take a risk in greenlighting the model after the panel expressed significant reservations. The panel had raised questions about a lack of specifics with the software to be used in the program.

Members eventually voted to recommend implementation, but only on a limited scale.

“We’re all in a learning phase,” Medical Director for Quality and Health Policy Frank Opelka, of the surgeons’ group. The model is only the second to earn the committee’s approval. “I feel like we’re building the car while we’re driving it.”

The Centers for Medicare and Medicaid Services Innovation Center has approved 11 so-called advanced alternative payment models under the new scheme. The Medicare Access and CHIP Reauthorization Act (MACRA) created the system, which goes into effect this year.

The industry has been submitting proposals to fill the gaps in participation options for specialty doctors.

Under the proposal, doctors would have flexibility to create teams to manage a patient’s health. Software developed by Brandeis University would create and evaluate different care options for patients with various conditions.

But questions about the software and concerns about risk and payments almost sunk the proposal.

“There are some outstanding issues that only the government can answer moving forward and we could not bake those answers into the proposal,” Opelka said. “So we wanted to leave that flexibility for the government.”

The committee will send a report in the next month or so to Price, who will decide whether to grant the model final approval. If he does, it’s unclear how long it would take the agency to finish and implement the model.

The surgeons group is shooting for a 2018 roll out.

More than 20 different specialty doctor groups, including the American Association of Neurological Surgeons, worked on the proposal.

But not everyone supports the template.

Remedy Partners, a company that sells software related to the bundled payments initiative, urged the committee to reject the proposal.

The company wrote in comments to the committee: “This is a good starting place for considering refinements, but this … framework is far from ready for prime time.”

Questions about Medicare and reimbursement? Physician Credentialing and Revalidation ? or other changes in Medicare, Commercial Insurance, and Medicaid billing, credentialing and payments? Call the Firm Services at 512-243-6844